CodeYourFuture is a non-profit organisation that teaches refugees and disadvantaged people coding and employability skills to help them achieve their dreams of working in tech. 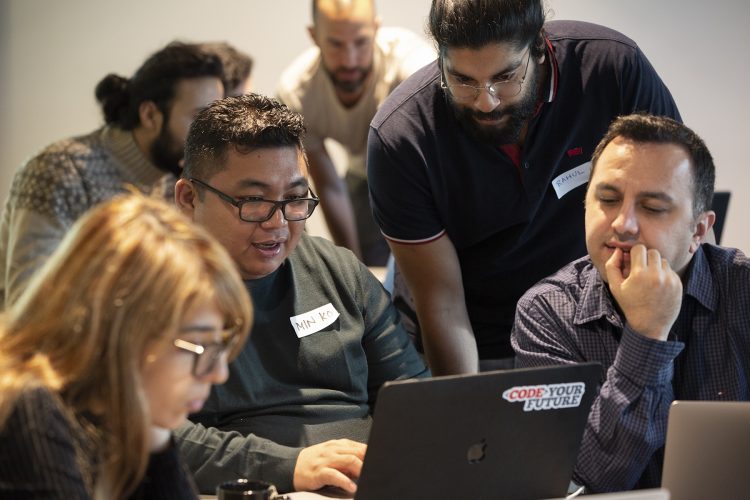 CodeYourFuture aims to remove as many barriers to studying as possible. Their free vocational courses are part-time, allowing students to fit them into their challenging lives. Additional support is offered, including laptops, internet connectivity and childcare on class days.

Coding and employability skills are taught by experienced tech industry professionals, ensuring the course content is up-to-date and appropriate to the local job market. Personal coaching is available throughout the courses. CodeYourFuture connects its graduates with tech companies and supports them as they integrate into the UK tech industry. The higher salaries found in tech make an impact beyond the individual and into the wider community. 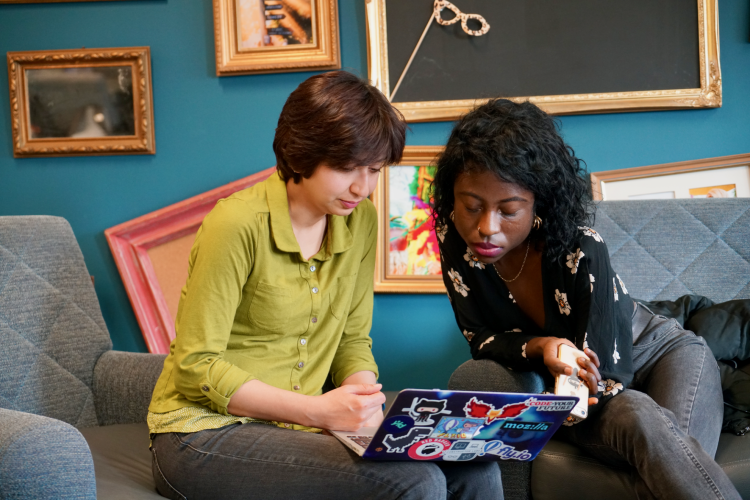 These are stories from two CodeYourFuture graduates.

Sarah, from Iran, found herself in a small town in the north of the UK where she spent five years with her husband and their son as asylum seekers. With the combination of a long period spent outside of the labour market and differences in practices in her field of work in Iran, it was hard to get back into employment once she had the legal right to work in the UK.

Sarah ended up working in a laundry. Between a full-time job and looking after her son, she didn’t feel there were many career prospects open to her. When a friend encouraged Sarah to apply to do a course with CodeYourFuture, Sarah was nervous and worried about being too old to study something completely new and not having enough time to keep up with the course.

Sarah says: “I was almost forty, and it was a stressful time full of anxiety, I was thinking: wow, I’m getting really old! And I was asking myself: how can I earn money, how can I be satisfied about my job? I have done a course in design at a university, but I realised it was quite competitive to find a job in this industry with my experience which was quite different to people in this country. In London, I couldn’t find a job, so I started to work in a laundry. When a friend told me about CYF, I was thinking: was it possible for me with no background in coding to learn coding?”

“The course was quite challenging. On lots of different days I was feeling old and I thought I would never learn what other students were getting easily. My English wasn’t good enough, I remember when mentors were talking about ‘executing’ a code, I thought execute means to kill someone! And when I started at CYF I was working full-time in the laundry and I have a little boy who needs me. I had a lot to do at home as a mum and as a wife. I had not enough time to do the homework. But in CYF, they pushed me a lot, they didn’t let me give up.”

However, her perseverance and the encouragement from CYF mentors helped her stick to the programme, graduate and to get her first job offer as a developer finally.

Sarah is now a role model. Her son is already making his first steps in coding as well as the rest of the family. Her husband and her sister have also started to learn to code in their free time.

“Looking for a job was a nightmare. Receiving lots of emails: “unfortunately, we will not go further with your application”. It was a bad feeling and I made it very personal. I was thinking that it was because I wasn’t from this country, or that I wasn’t young, or because of my background. During the time that I was looking for a job, I had to take anti-depressants. I was still in contact with CYF through Slack, there was a channel “CYF employment”, and I was trying to encourage myself by looking at other students who were getting jobs and those doing interviews, and I felt I wasn’t the only one who struggles to get a job. My personal life was full of challenges, our life was not easy, I had lots of different responsibilities, but finally, I got a job, and it means everyone can get a job. There are millions of opportunities. And even after many companies do not hire you, it doesn’t mean you are not good enough, it doesn’t mean that nobody will employ you. Somebody will find you and your uniqueness really interesting.”

Sam fled his native Cameroon, a country ravaged by ethnic and political conflicts where he feared persecution by the government, only to find himself stranded in London with no documents, no friends and no shelter.

Worried about his family back home, he was numb to his troubles. Sam spent one year sleeping rough on the streets of London. With no passport and no legal status in the UK, he did not have access to any social services and was unable to get a job. After another refugee helped him to begin the process of getting asylum, Sam gradually started to rebuild his life. He got a job as a cleaner and enrolled in college to learn English.

In his spare time, Sam used to go to the library to study and it was there that a chance meeting introduced him to the world of coding.

With no prior experience, Sam was sceptical about his ability to learn something completely new but still applied for the course. A few months of hard work later, Sam graduated from CodeYourFuture and got his first full-time job as a junior developer.

His dream now is to become a senior full-stack developer and work on his own projects. He also wants to teach others how to code, not only in the UK but in Africa. When I ask him if he could ever imagine that his life would go along this route, he laughs, shaking his head: “No! No, no no…”

*names have been changed to protect the identity of the graduates. You can find out more about CodeYourFuture at codeyourfuture.io 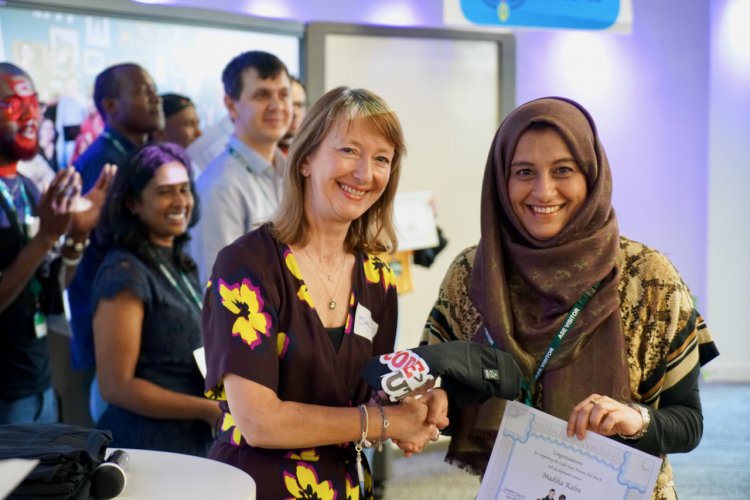